Harriet Beecher Stowe lived from 1811 to 1896 at a time when women didn’t have a career. She is one of my heroes because she answered the call of God to write about topics that were dividing the American nation.

“My vocation is to preach on paper.” Harriet Beecher Stowe

How much courage does it take to enter the political arena and take a stand on a topic that is greatly debated? Harriet Beecher Stowe called herself a moderate in the debate about slavery. And yet she is the author of Uncle Tom’s Cabin which shifted our nation’s opinion regarding slavery.

Over several months she collected stories about slaves. She compiled them in a book, which she wrote over three weeks. She called it a download from God. Well, not in those words. She said:

“I did not write it (Uncle Tom’s Cabin). God wrote it. I merely did his dictation.” Harriet Beecher Stowe

I read a story about her life before I read Uncle Tom’s Cabin. Her book depicts the heartbreaking reality of slavery and how many mothers were separated from their children so that businessmen could profit.

“The collective story of the United States of America is one of white supremacy—it owns us and defines us—because we are not owning our story.” Brene Brown Facebook Live in September, 2017 (after the Charlottesville Rally/Protest in August, 2017)

I want to talk about race and racial discrimination not because I want to pick a fight or add to the present great divide. Perhaps it’s more accurate to say, we need to talk about race. If we are going to move forward, we must look at our story and own it. That’s the only way to change.

Our dilemma is that we don’t know how to talk to each other without becoming defensive or going on the attack. Or, using terms that I dislike, people can’t talk about racial discrimination without going to war. It’s seems like the great divide is defined as “us” against “them.”

The problem with that frame is that I love people on both sides of the us/them picture. I am a brown woman married to white man. Do I have to pick sides, really? And what if I want to listen to people sharing their hurt and their heart. If I listen, does it mean I take their side? I’ve been listening to my black brothers and sisters. When I share their stories, my white brothers and sisters question my intent.

What if there was a third way? What if there is way that Christians can treat each other with kindness and respect while listening to heartbreaking stories, while disagreeing with them. Is there a way to talk without going to war? Really I love my friends and I don’t want a war. 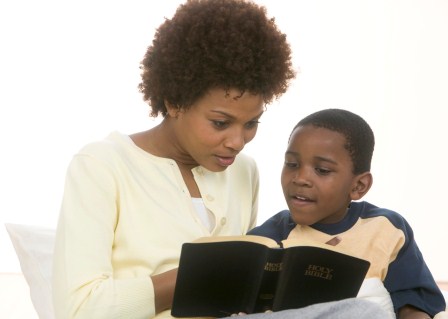 Harriet Beecher Stowe started by connecting to the broken hearts of mothers who were separated from their children due to slavery. She said:

“… I HAVE BEEN the mother of seven children, the most beautiful and most loved of whom lies buried near my Cincinnati residence. It was at his dying bed and at his grave that I learned what a poor slave mother may feel when her child is torn away from her. In those depths of sorrow which seemed to me immeasurable, it was my only prayer to God that such anguish might not be suffered in vain…

I allude to this here because I have often felt that much that is in that book had its root in the awful scenes and bitter sorrow of that summer. It has left now, I trust, no trace on my mind except a deep compassion for the sorrowful, especially for mothers who are separated from their children.” Harriet Beecher Stowe to Eliza Cabot Follen, December 16, 1852

Harriet Beecher Stowe explains how God used her heartbreak to write a book that helped white people see the pain inflected on black mothers. Here we are again, America, inflicting pain on brown mothers. Different laws and different circumstances, same heartbreak. The heartbreak of Black mothers continues to this day when their children cannot go out doors without threats of being shot.

And me? I don’t feel safe in America. Not anymore. I carry my passport in my purse in case I’m not with my white husband or white friends. In case ICE doesn’t listen to me when I tell them I’m an American citizen. It happens.

What can we do to bring healing to the greatest number of  people?

I didn’t find strength by pursuing strength. I found it by pursuing peace. In our day of ever escalating turmoil people need a way to find peace.