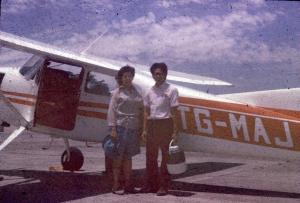 My parents were young and adventurous. In 1976 we lived in Guatemala and hitchhiked to the villages. The earthquake on Feb. 4, 1976, destroyed major roads and bridges. The only way to get to the villages was to first take a small plane over the destruction to a landing strip. Then take a bus to the villages. If we missed the bus, we would stand on the side of the road waiting for any large flat-bed truck that would give us a ride. 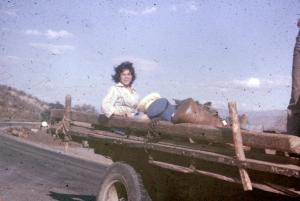 My dad, Noe Perez, helped the reconstruction of Guatemalan villages. He learned building skills from his carpenter father. Every house had to be inspected to see which ones were salvageable. Most were made of adobe and crumbled in the quake. Dad organized the people to build small wooden one-room shelters with dirt floors and a tin roof. Families could sleep in the rooms and not worry about it collapsing with the aftershocks. See picture of shelter below with me at 13-years-old (Belinda Perez McDanel). 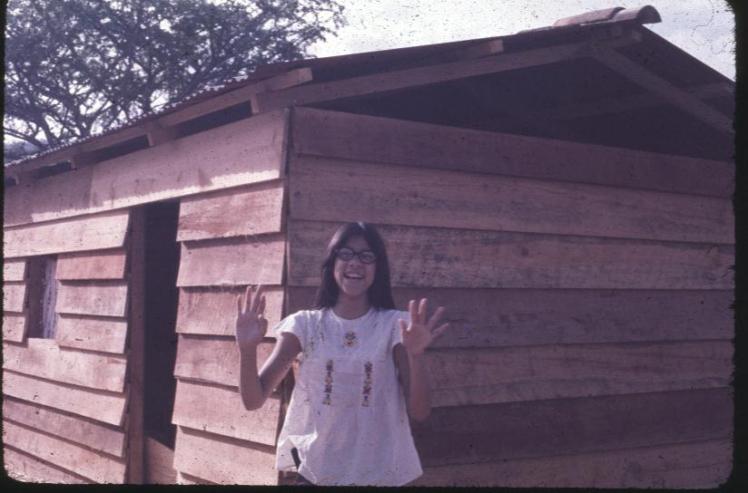 The challenge was to design new buildings that wouldn’t crumble so easily. Adobe was so easy to build with local materials, but they needed something stronger that could withstand an earthquake.

I see the parallel with people who are reconstructing their faith.
What is salvageable?
What will not easily crumble?
What new materials can they use from the outside?

Life shakes up your faith, like an earthquake. How do you rebuild?

Using the adobe house as a metaphor, the house is like Fundamental Christianity. It’s the structure that once protected you, but is now crumbling, suffocating you and killing some.

Kris Vallotton posted a podcast (I can’t remember which, if I locate it I will post it here) about Jesus healing the blind man. It was common for people to spit on the blind, in Jesus’ day. When Jesus spit on the ground and made some kind of mud paste and placed it on the man’s eyes, it was radically different. At the time, people who spit thought they were standing on the side of God because God must have cursed the person. That is why they are blind.

But the spitters are dishonoring the blind. Jesus came to heal the blind, not wound them more. Today, there are Christians who do same. They believe they are standing on the side of God when they shoot the wounded. This is the part of the culture of Christianity that I am leaving behind. It’s the toxic part. The role of the church is to heal the wounded.

Christians are life-givers who honor people. I honor people whose beliefs differ from mine. It’s part of the deal of following Jesus.

Relationships are built on connection, not agreement. In other words, I can stay connected with you even if our beliefs differ. It’s a matter of honor and respect.

The toxic part that I leave behind is the dishonor, shaming and shunning. I’ve seen these terrible practices in Christian communities and I don’t think this behavior belongs in church. Faith is toxic wherever there is no freedom to disagree. As we grow and learn we change. Sometimes we let go of old beliefs. Other times we are wrong. We are free to be wrong. It’s all part of the learning.

I follow several people who are deconstructing fundamentalism. It’s like a breath of fresh air in a toxic environment. I love that they listen to outside sources (LGBTQ community, science, psychology, attachment theory). I see them as reconstructing faith with honor.

Let’s build a stronger faith together. How are you reconstructing faith?

I didn’t find strength by pursuing strength. I found it by pursuing peace. In our day of ever escalating turmoil people need a way to find peace.